New visitors to my home often check out my studio and quite frequently neighbors and such know I am an artist, but don’t realize that I work in pastel. Once they see my setup and various sticks laying around, I have quite often heard, “oh! you work in chalk….” In the back of my mind a grating noise builds which sounds something close to a metal rake being scraped down a blackboard. But, outwardly, I smile and say, “ Yes, something like that…..”

Blackboard and sidewalk chalk were originally made from a soft sedimentary rock which is a form of limestone. Chalk, composed principally of calcium carbonate formed underwater by slow compression of calcite shells (one site called it a “marine ooze”) of single-celled co 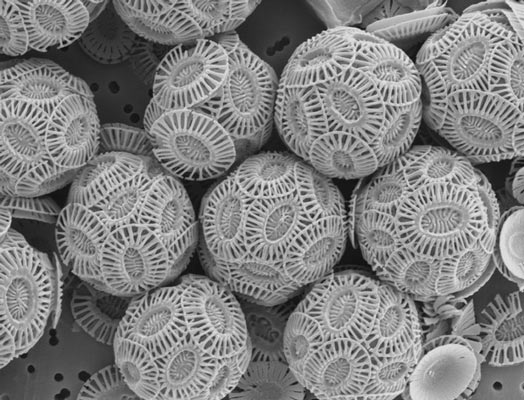 Chalk has been used for drawing since prehistoric times, when, according to archaeologists, it helped to create some of the earliest cave drawings. Chalk was first formed into sticks for the convenience of artists. The method was to grind natural chalk to a fine powder, then add water, clay as a binder, and various dry colors. The resultant putty was then rolled into cylinders and dried. Although impurities produce natural chalk in many colors, when artists made their own chalk they usually added pigments to render these colors more vivid. Carbon, for example, was used to enhance black, and ferric oxide created a more vivid red. 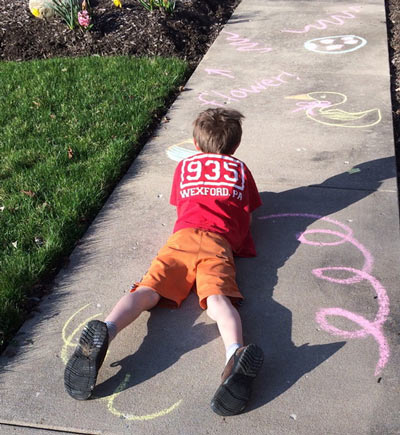 The small particles of chalk make it ideal for cleaning and polishing. Toothpaste commonly contains small amounts of chalk, which serves as a mild abrasive.

Yep, we are brushing our teeth with little, round, dead soccer balls!

Chalk did not become standard in schoolrooms until the nineteenth century, when class sizes began to increase and teachers needed a way of conveying information to many students at one time. Students also worked with individual chalkboards, complete with chalk sticks and a sponge or cloth to use as an eraser.

Pastels, however, are mainly made of pure pigment. Saturated even. 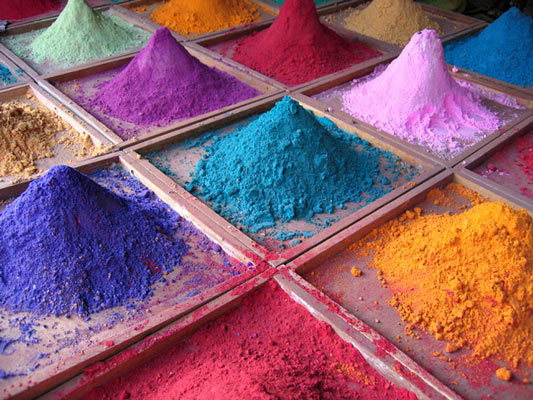 Pastels have been used by artists since the Renaissance, and gained popularity in the 18th century, when a number of artists made pastel their primary medium. Soft pastels are made from pure mineral pigments. The same pigments are used in oil paint, acrylics, and watercolor. Pastel is an art medium in the form of a stick, consisting of pure powdered pigment and binders such as gum arabic, gum tragacanth, or methyl cellulose. The binders are neutral hues so the color effect of pastels is closer to the natural dry pigments than that of any other process. Pastels will not yellow or crack over time like oils, and I wish I knew more about the exact making of them, but I do know that different brands of pastel have different recipes, and so sticks can act completely different- even in the exact same color. Maybe I will visit Terry Ludwig’s pastel manufacturing site someday for a tour and pick up some tips…..

Chalk is non-toxic. But pastels should not be around little kids. Artists also really need to take care with how much they inhale as well since some pigments like cadmiums and colbolt are toxic, although many manufacturers use synthetic replacements now. And for some reason, we pastellists take offense at our medium being called “chalks”. I guess it is something we need to get over? They truly are different from each other, but the Puffs tissue company will always have their tissues called “Kleenex” no matter what they do….

I remember going to see a show of oil paintings by Jamie Wyeth at the Brandywine. He wrote about working in the oil medium and said that he thought artists needed to absolutely love the medium that they worked in – the texture, the feel- and he loved oils so much that he could almost eat them. I don’t want to eat my pastels, but I sure do love the texture and feel of them!

So the next time someone is surprised by the medium you work in and say “ You work in chalk?” You can smile and say. “Yes, something like that…”