A few years ago I had the opportunity to walk across hot coals in my bare feet. Yep. There was a big blazing bonfire (actual pic seen here) that burned for hours and then when it burned down, we walked across the red coals.

Firewalking has been practiced for thousands of years by people from all parts of the world. The earliest known reference to it is an Indian story, from about 1200 B.C. Since then it has been observed as an organized event in many different cultures and religions. Some participate for religious reasons, some to prove their bravery. Some promote it as a way to prove “mind over matter”. I did it because Mythbusters said I could.

Mythbusters was a great show that put “myths” to the test through science. I just happened to see their episode on firewalking about 6 months before this event. They proved the science behind it and proved it could be done safely. The key, they said, is to just keep moving, and to walk, not run. A brisk walk is supposed to work best, with each step taking half a second or less. Apparently, when one walks on fire, the foot absorbs relatively little heat from the top embers that are cooled, because they are poor conductors. The layer of cooled charcoal between the foot and the rest of the hot embers insulates your foot a bit from the coal’s heat. 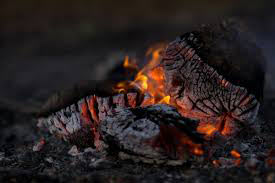 So, if you run, there is a greater chance of being burned….. 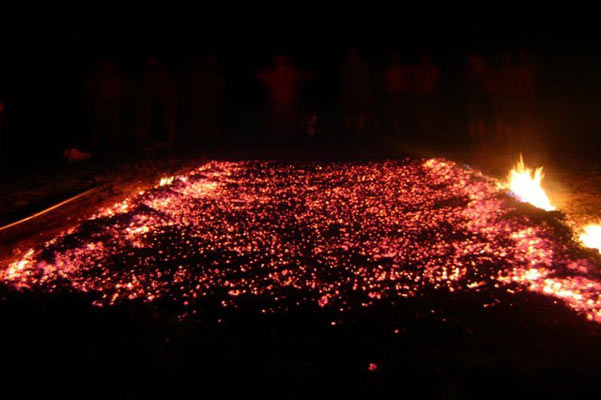 The fire burned down and we could feel the heat stinging our faces. Some people went across the area that looked the “coolest” -the blackest areas. I thought, “if I am going to do this, I will do it right!” and walked across the reddest area I saw. I wasn’t burned. Although I have to say, I did get burned the second time because a coal stuck to my toes… but I had to do it again- for good measure.

I bring this up because it seems to me that this is what being an artist is like. If you stay still in the same place, you can get burned. Dwelling on a rejection from a show. Painting on an image long after it is time to move on. Reaching for the same colors again and again. 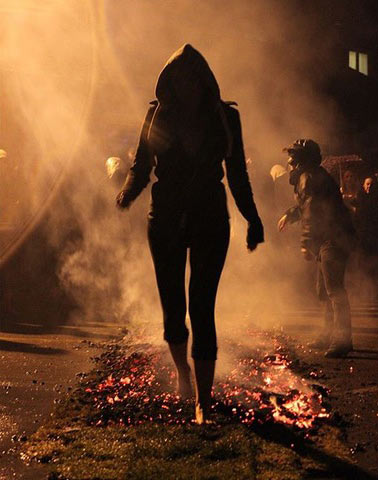 Running can get you into trouble too. Working too fast without thoughtful planning can trash a work.

Yes, an abstract class will be hard.
Yes, painting a portrait for the first time will be tough.
Yes, breaking those expensive sticks and slamming in side-strokes will be scary.
But it could be exhilerating too…..

That first step can be scary, but just keep walking at an even pace and you will get to the other side. (Whatever that “other side” looks like for you. ) Promise!

And then go back and walk through the coals again. For good measure.