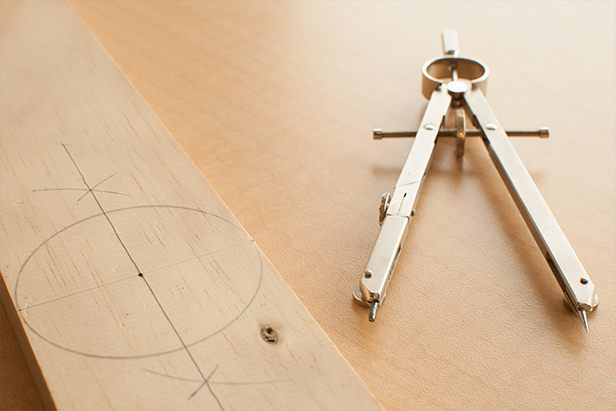 Sometimes finding a focus in a work is as simple as asking yourself, “Why am I painting this image?” Once you have that answer, the journey then becomes about finding ways to channel that intent. 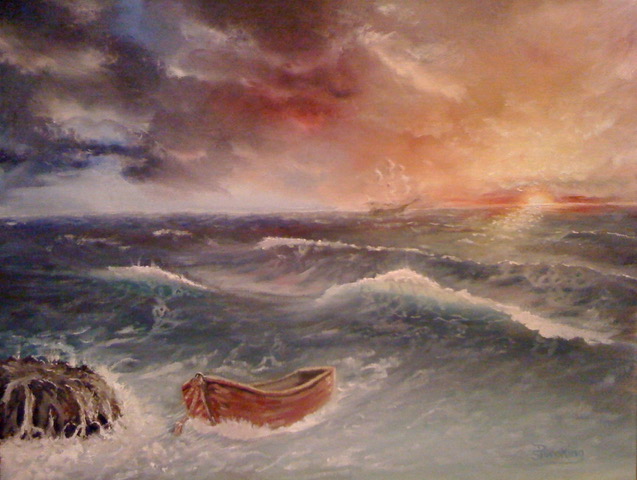 Here is a beautiful pastel painting from another one of my “mentorees.” Clearly so much time was lovingly spent on the sky, the boat, the waves, the rock… hmmmm… but if this was a play, it would be as though 4 actors were on stage each all yelling a great monologue all at the same time. “Look to me!”  “Listen to me!”

So again, I asked my mentoree, “What is most important to you? And what is the story you are trying to tell?” I am always amazed that most artists don’t think of their paintings as a potential story or as a way to communicate. And the communication to the viewer could be as simple as, “I love the color orange” or, “oranges are tasty!” Picking out and WRITING DOWN intentions regarding a piece is the first thing I make everyone do in my workshops. That way, all the decisions that are made after that can support the initial goals and intentions. It can be a new experience for some….

Intentions? I have to think about what I want to say about this apple or person? Can’t I just copy what I see?

No, you can not just copy what you see. That makes you a Xerox machine and not an artist. 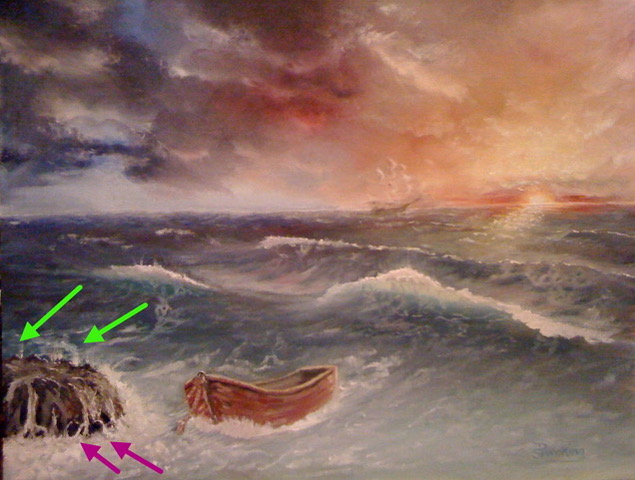 So this artist said that the boat was most important to her. She even had a song in mind while painting this image (awwwwesome!!)  It is “The Water is Wide” by Karla Bonoff and it is a special, romantic song to her and her hubby about needing a boat to carry two people.

And my response was, “the rock is not important?” And her reply was no, it was just there in the reference. So I showed her that the rock has the darkest spots, (pink arrows) which acts as a “bull’s eye” to the viewer. It has the sharpest contrast against the white foam too. It really stands out painted this way and competes with her intention- the boat. Since the rock is also on the very edge of the painting, it has a lot of “weight” to it. Meaning the balance of the piece leans heavily to the left because of the rock. Anything placed right on the edge of a work creates visual “heaviness.” 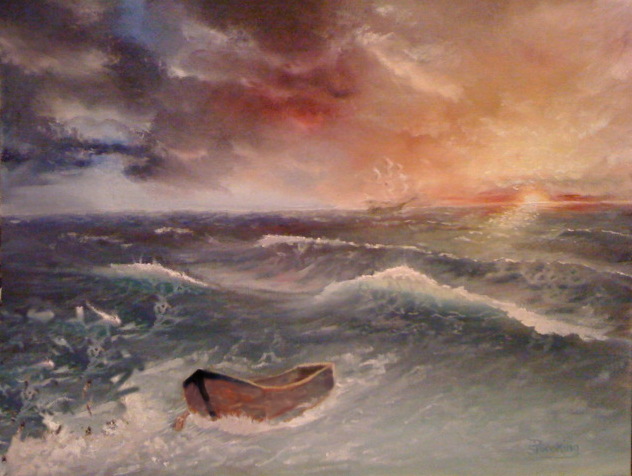 By removing the rock altogether (no more competition) and moving the darkest spots to the boat by making the front edge of the boat sharp-edged and very dark, it calls clear attention to itself and gets pulled forward from the background – even though the background is very colorful. She also added some color from the surrounding waves into the boat color itself thereby unifying all the elements thorough color. This painting now has a more graceful feeling.

In this version I feel like the painting can “breathe” and the painting is now about the boat against all the colors, waves and sky. Solitary and solid.