The Princess and the Pea

I have had this book since I was very little… 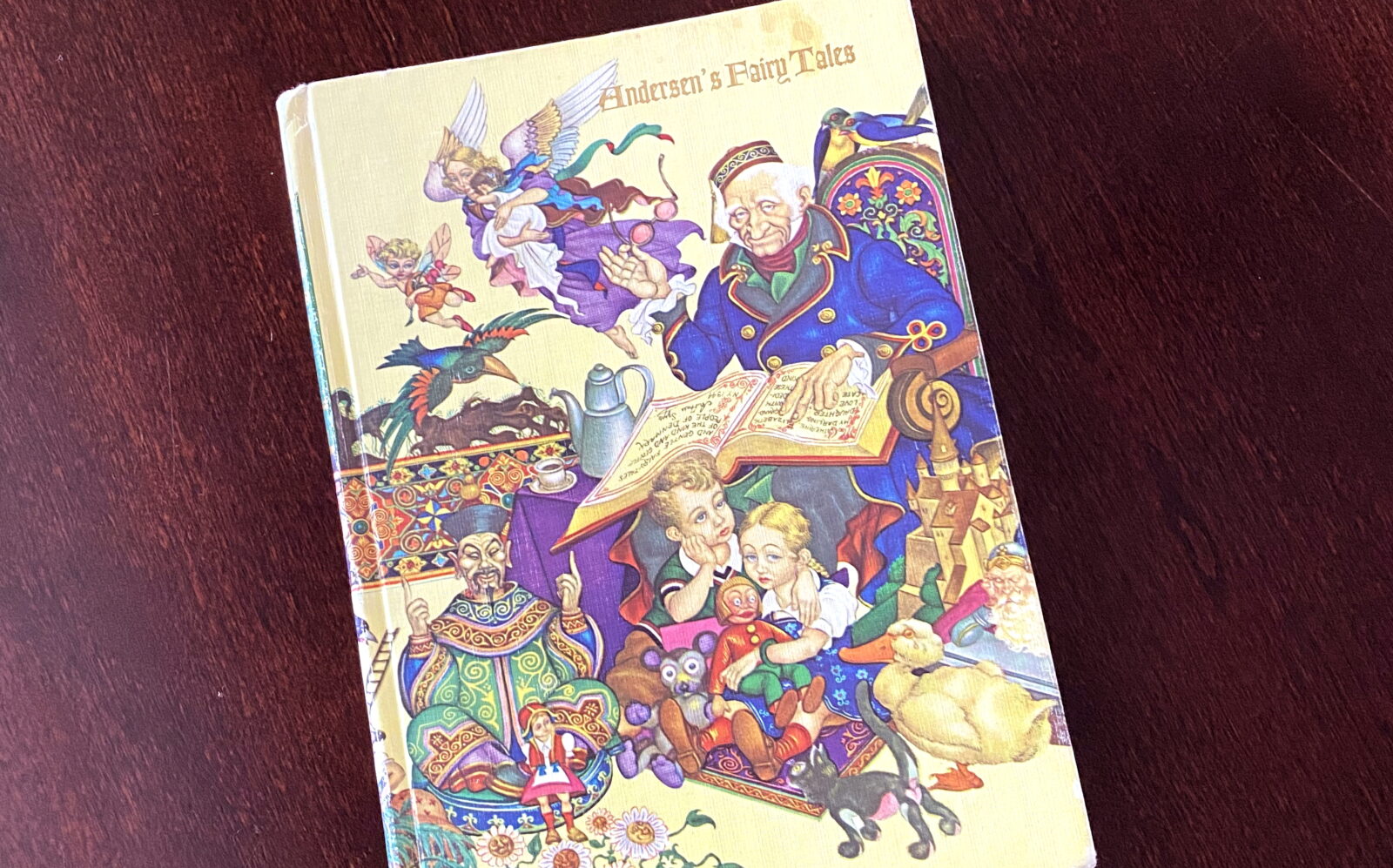 I can’t quite remember now who gave it to me, but it is one of those things that has followed me around from house to house and from age to age. I remember seeing it when I was a kid and then having it on my shelf in my dorm room in college. I clearly remember reading from it to my toddlers in my moms’ rocking chair in their bedrooms over a decade near the crib. Somehow, it even survived the “big move”  4 years ago when I moved out with my kids and became a single parent. (Otherwise known as the huge purge of 2018.)

The stories are written in the old “Grimm” style.  A little wonky in the wording and a little brutal.  Those old Grimm and Anderson Fairy Tales were full of scary creatures and sadistic threats- I guess to keep little children scared straight.

One story from the book is called The Princess and the Pea. Now, I never quite understood or liked this story. If you are not familiar, a young girl shows up at the front door of a castle in the middle of the night in the pouring rain claiming to be a princess. Any time I have ever come across this story there always seems to be an emphasis that she was so soaked through that the “water ran in at the top of her shoes and out at the heel.” The king and queen decide to put her up for the night, but they don’t believe that she is really a princess. Why this is such a huge concern I don’t know.

At this point I have questions- was her chariot ransacked by woodland elves? Where was she going by herself? Why are her shoes defying gravity? But instead the story goes on to say that the queen orders 20 feather mattresses to be placed one on top of another and the young girl is supposed to sleep on top of those.

Ok- more questions-  how did she climb up there? Was there a serious fairy tale ladder laying around? The ceiling must have been very tall.  (I am a visual person so I think of these things…) Even when I was young I thought the girl must have had a look on her face when she saw the bed that said, “Really?”

So she goes to sleep on all the stacked feather mattresses. But unbeknownst to her, the queen had put a single pea on the very first mattress to see if she was real or not.

Um ok….this must have been a great litmus test back in the 1500s of royal blood?

So the poor princess was tortured by a restless night.  The next morning the king and queen asked her how she slept.

“Poorly!” she said. “I tossed and turned because there was something very lumpy in my bed and now I am black and blue!”

I will not dwell on first-world problems.

As a result they declare her a “true princess” and then of course marry her off to their son, the prince-  this seems to always be the pay-off in these stories. They get married and do the happily-ever-after thing. I would love to see how much therapy this homeless waif in a love-less marriage needed 10 years later.

So recently I came across this book that was shoved in a cabinet with many other books and I pulled it out fondly.  Like many other times in my life I have looked at the book in a different frame of reference depending on where I am in my life with my experiences tinting my view. Of course I can relate it to how I work now.

This time when I saw the book and thought about the story I realized that sometimes when I paint a painting and declare it “done” that there will be something that bothers me about the image. I try to make peace with it, but something will make me toss and turn at night too. Others that see the image will not see a problem or comprehend why I am fussing over some small element. But something is there. And it will bother me and have me sleeping poorly until I figure it out and have the “pea” removed. Something there does not belong. I can feel it. I can sense it. Does that make me a princess of pastel? Hardly- just a restless artist that is very sensitive to what I am trying to create. And sometimes, it is very hard to listen to that inner voice telling me that something has to be taken out of the image for it (and for me) to settle. But when I figure it out and tackle what is bothering me I feel so much better afterward.

So listen to your inner royal voice. Reach out with all of your senses when you think that painting is done and find out if you are truly at peace with the image as a whole. And if need be, climb down from that high ladder and find that blessed pea.