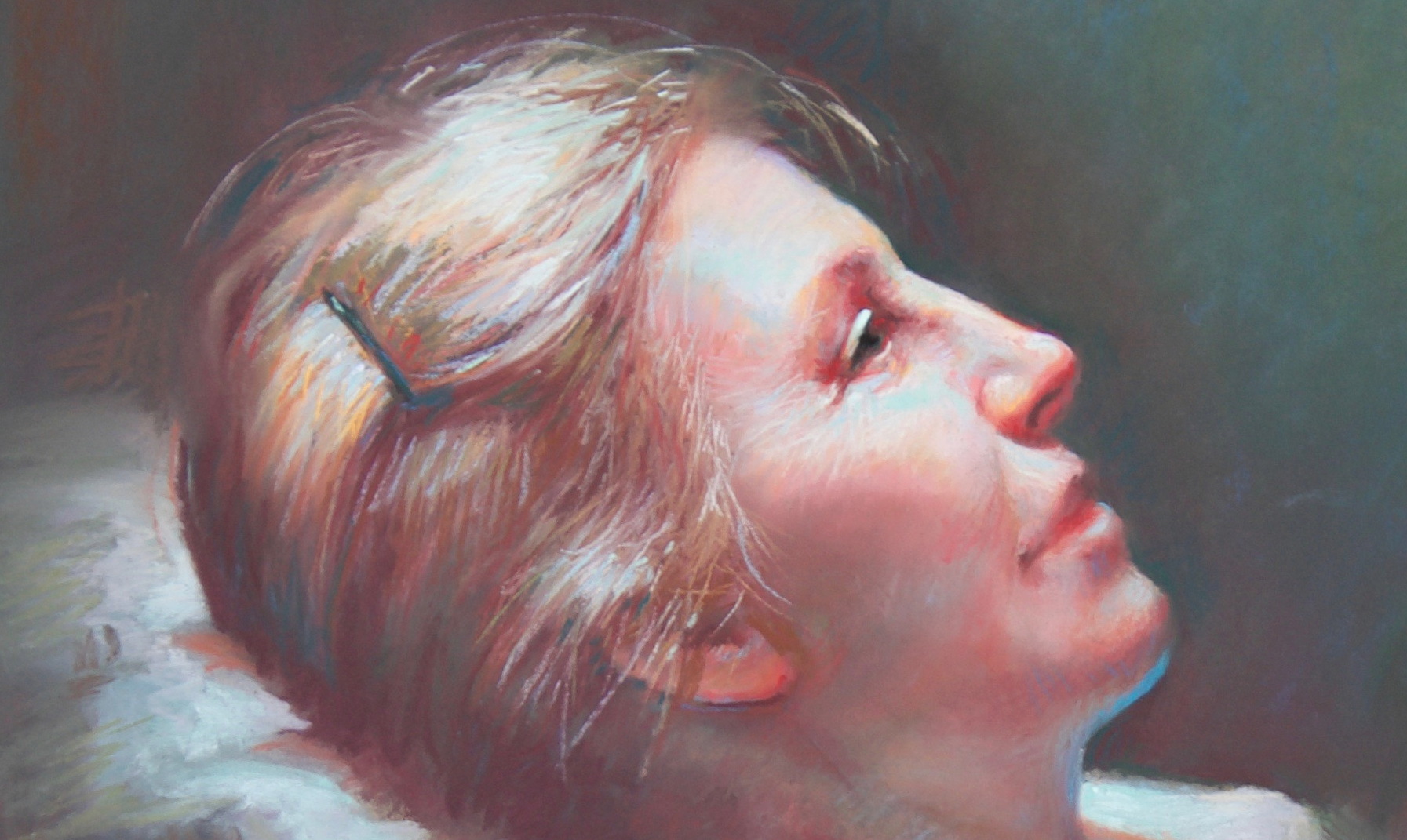 Sometimes a painting just keeps tapping me on the shoulder until I confront it, design it and then try to execute it. Sometimes this conversation with an image takes years.

This painting has been 8 years in the making. That is how long I have been without my mom. Like so many others, I know what it is like to lose a parent to cancer. And rather than talk about how unfair it is, or how horrible this experience was, or how the environment is killing us all, (because it has already been said by others more eloquently than me) I want to talk about the quiet.

I stopped painting for 2 years and found myself at many chemo appointments. One of the biggest things I was unprepared for was the hush. In my mother’s body a war was raging. It was a fight to keep her life and yet I was unprepared for how quiet the battlefield was. It was full of silence. Nurses in shuffling paper shoes and tight grins behind paper masks. Tomb-quiet empty hallways and deserted desks. Along with a continuous silent dripping of poison that would somehow let her survive a little bit longer.

A war in a library? Shouldn’t there be shouts? Clanking? Loudly spoken battle strategies? Beeping and victorious cries? At one point I brought in “monkeys in a barrel” to hang about the room and a water gun to shoot at the nurses after they closed the door behind them. I needed to hear laughter. Sounds.

But silence is universal and so are the battles we all deal with. So I needed to paint an image that represented the universality of this battle. I thought at first this painting needed to be of her and her eventual bald head. But then I realized, no, we all have battles we have to deal with in silence. Losing your hair is not the only sign of a struggle. Sometimes getting up in the morning is the battle. Going through the day in love and compassion is a war. And the battlefield is more silent than not.

So this painting never needed to be of my mom. This model is a friend that agreed to pose for me a few years ago when the idea would not go away. This figure represents her and all those that struggle in silence. No matter what you battle or what poison you have to take.

A cold hospital light shines down on her from those annoying overhead lights from outside the picture plane. (what is up with those horrible lights anyway?) and the window has a warm, distant orange light. I found I was dissatisfied for a long time with the rendering in the painting until I realized that I don’t have to “render” anything perfectly… Whew. Scribbled oranges in the window? Sure. Cross-hatched lines across her form? Why not? Yes, that feels better and somehow added to the “grace” of the image.

Grace. Always the end-goal for me in any image. 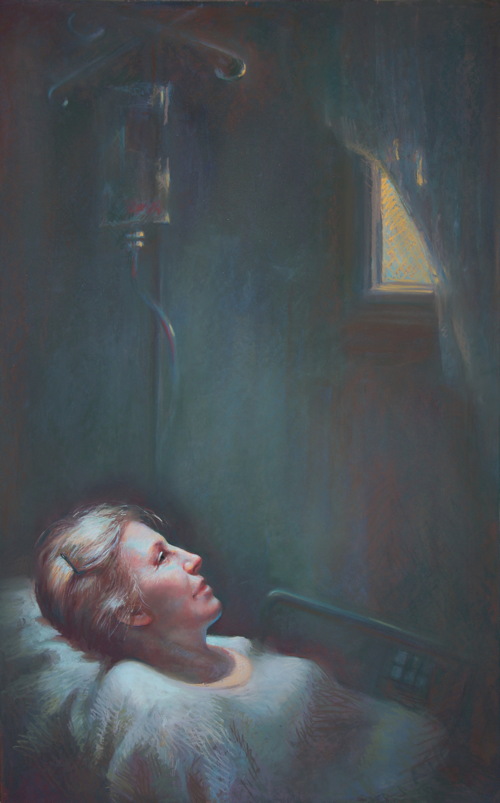 When I was designing the composition I found the Fibonacci spiral could link the image because this relationship is found everywhere- throughout the universe and even throughout our own bodies. I think it is a link to show we are all one. It gave me the idea to add the triangle in the window and to let me realize that the IV stand could tower over her without taking over the image. (we all have things hanging over us, yes?)  Below are some of the many thumbnails I did and an earlier version of the painting with the spiral overtop. 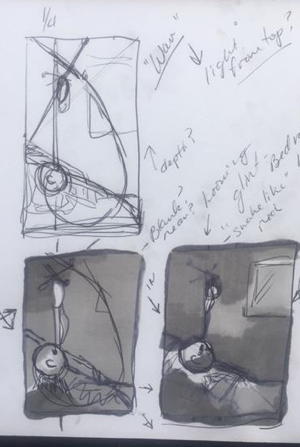 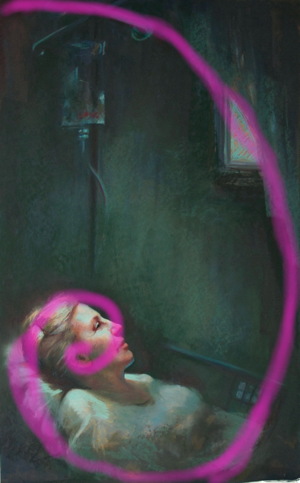 So some members of my family have wondered why I needed to do this. If you have to ask, I am guessing an explanation will not help. So I will not bother. Fellow artists may recognize the calling. In any case, the voice whispering to create is now calling me on to something else. This war is over, but other battles are out there waiting to be painted.