To Make an Omelette 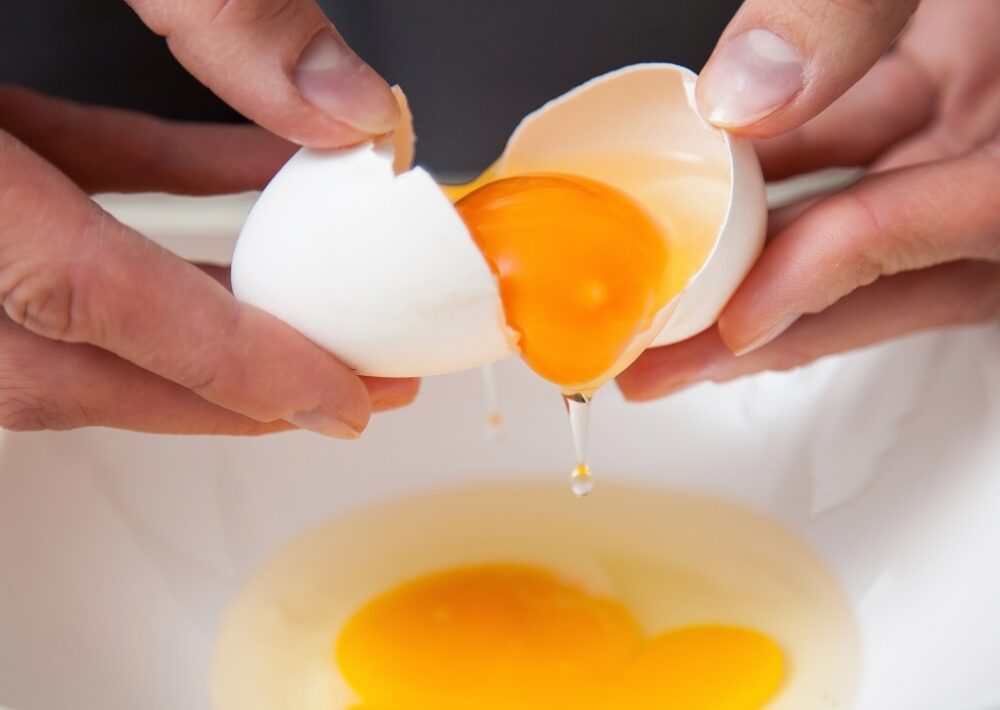 The commission that I finished required being able to precisely add marks to the faces in tiny strokes. The temptation would be to break out the pastel pencils and sharpen them to death. Squeak, squeak… and then use them to kill the painting. I have mentioned before that I do not sharpen my pastel pencils that way. Rather, I “block cut” them like below…

I just grab an xacto knife and roughly cut them down leaving a blocky, squared-off point. I don’t care about needle-sharp fine points. Who has time for that? Plus, if I am painting that tiny, then I am not doing myself any favors. Painting that tiny is like walking down the street in a skirt that is way too tight. So restricting. And then it feels pinched in the work. Nope, if I am using pencils it is in a rather wilder, cross-hatch mode and it is for layering only. Preferably in the early stages and then I move on to thicker sticks.

In short, pencils have a ton of binder in them. Simply, this dilutes the color. So, if you think you can get a glowing, rich portrait by using only pastel pencils, think again. It can’t be done. It is like painting with a child’s cheap set of watercolor paints. A pastel pencil may look bright pink, but it is actually very watered-down color. So putting a black pastel pencil into the eyes of your portrait will not make them “black”… think about it. It is watered down and will not be true black. The black will be as soggy as a mud puddle. In pastel, true black has very little binder.

Using progressively more saturated pigment where you need it is key. This means bigger sticks that have less binder in them so that the color is more saturated. This means breaking your sticks to get smaller marks. Some of you are cringing, but I would rather break my good sticks to get precise marks than have my sticks look “oh so pretty” in the box and not be able to control them. If you are not breaking your sticks and using the sharp corners from the break – no matter what brand – then you are not putting your tools to their best use. I routinely break my Roche pastels, and if you are not familiar, these are $20 a stick.

On this painting I also used some very, very old Giraults that I found on Ebay a few years ago. I actually contacted the Girault company to ask about them since I had never seen sticks like these before. The company said they were from the 1930’s-1940s. (imagine using sticks from around the time of WWII! It is a humbling feeling to use sticks this old) They are very tiny sticks that have a small amount of binder in them considering how small they were made. Since they are so much smaller than regular sticks they were very helpful for detailing the features. 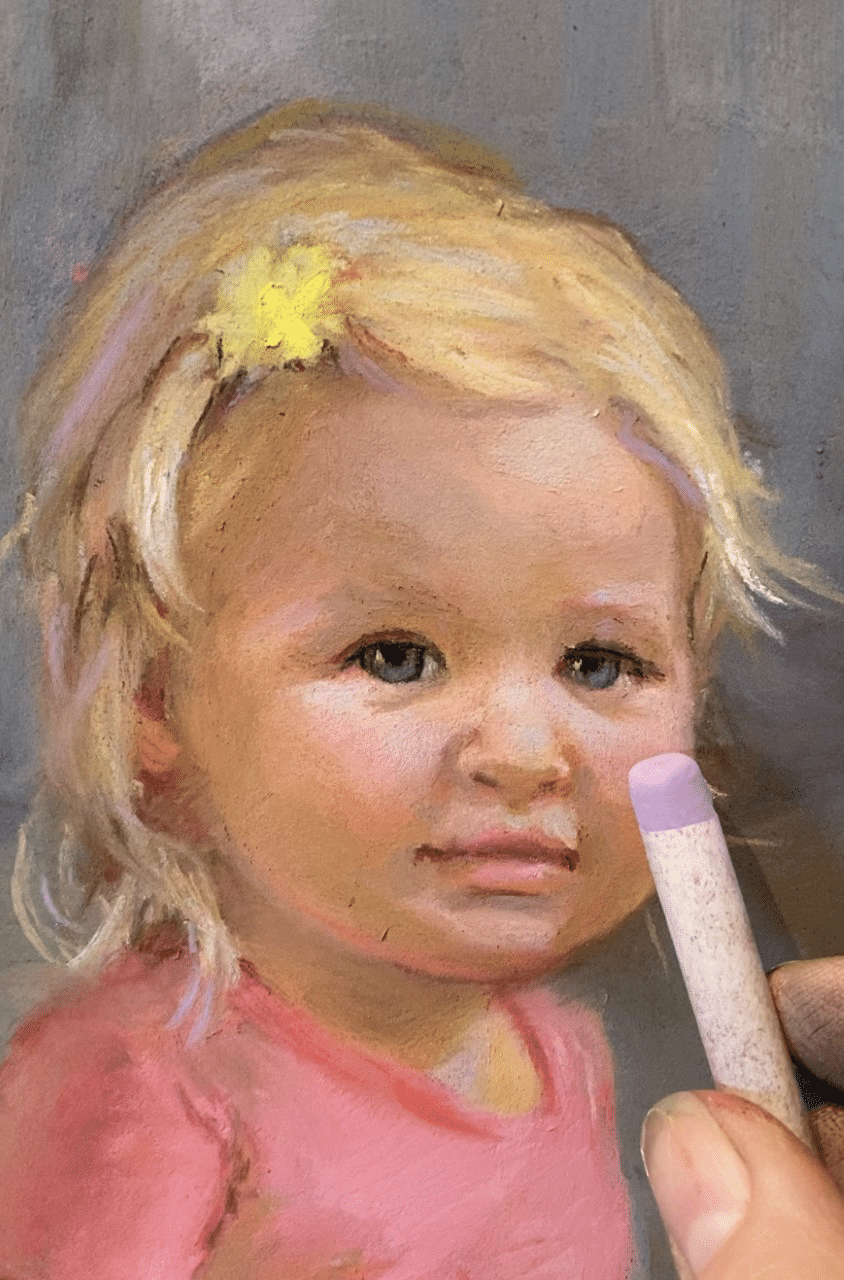 Here are the old Girault sticks against a more normal-sized Sennelier pastel stick. Yup, they are pretty tiny which is great since they leave a very fine line. I love this tiny box of history. But what good would they be if I just left them on a shelf? 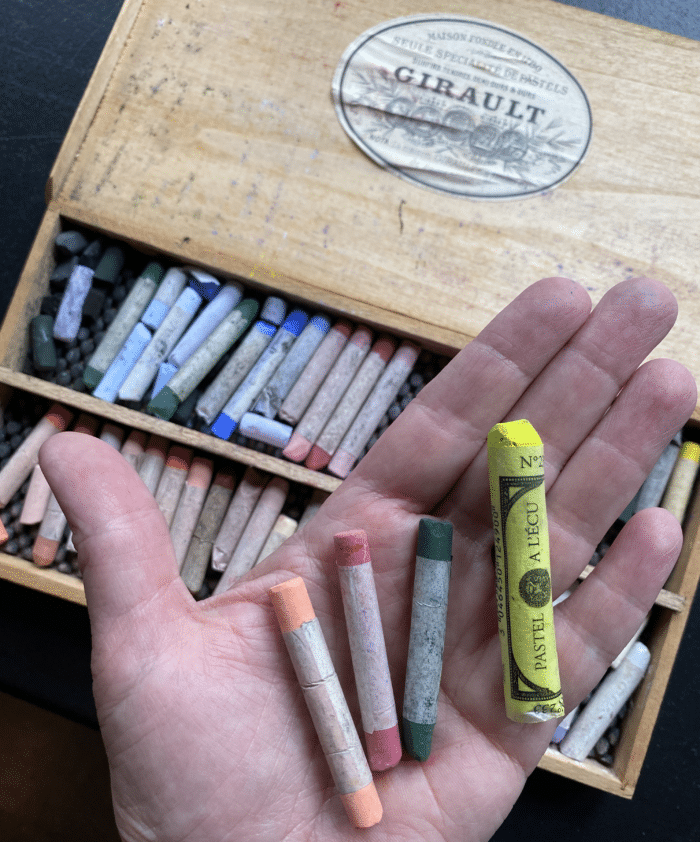 And don’t be afraid to truly make marks on your painting. The “blendy- blendy” thing pastellists can fall into is contrite and looks stiff and as though a young high-schooler did the work. Make a deliberate mark. Add another slightly different-colored mark beside it and keep going. Many layers will blend them naturally and be more realistic than smudging things around. Make clear marks. If they are off, make them again. Yes, I know, a pain, but portraiture is precision. Good mark-making is what a painting is all about anyway.

Break a stick! Break a stick! Make it your mantra! Put your sticks to work and don’t worry about how they look or how you will keep them pretty in a box. All that matters is putting them to work.